Rise and Shine by Anna Quindlen
Published in 2006.
Audiobook performed by Carol Monda. 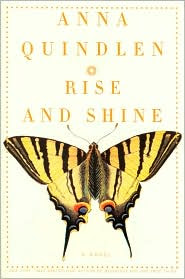 I read a number of negative reviews of Rise and Shine shortly after I started listening to the audiobook. I'm glad I didn't respond to those by abandoning the book, as I ending up enjoying it a great deal.

There is a lot to ponder in this novel: the difference between who we are and what we do, the relationship between sisters, the importance of family, and an understanding of what really matters. I was listening through tears near the end of the book - probably not such a great idea when driving in rush hour traffic.

Anna Quindlen certainly has a way with words. It had been many years since I'd read one of her novels, and I'm happy to have made my re-acquaintance with her work! 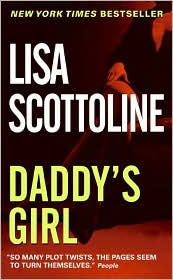 It had been a number of years since I had read a book by Lisa Scottoline. It won't be as long before I read another!

Daddy's Girl was a great audiobook "read"! It is laugh-out-loud funny in places, with enough twists and turns in the mystery to keep me guessing to the end. The story also has a meaningful exploration of what "justice" means, with references to The Merchant of Venice and the Underground Railroad.

The Queen of Attolia by Megan Whalen Turner
Originally published in 2000.
Audiobook performed by Jeff Woodman. 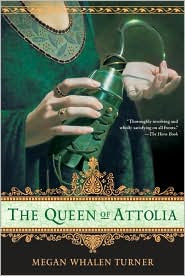 This is the second book of The Queen's Thief young adult fantasy series. (My review of the first book - The Thief - is here.)

With lots of adventure and a little bit of romance, this one is hard to resist. There are some fabulous theological insights near the end, as the thief Eugenides struggles to understand the path his life has taken. I thought the ending was perfect - and leads right into the third book of the series, The King of Attolia.

Posted by alisonwonderland at 11:05 PM