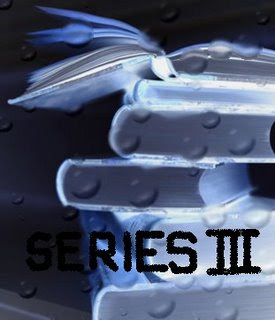 
There are many series that I enjoy, and I'm pleased by the progress I made on some of them through this challenge - although there are always more to read! (Links are to my reviews.)

I am now caught up the William Monk historical mystery series by Anne Perry (although I had hoped to also read the latest in her Thomas and Charlotte Pitt series):

I am caught up on Jonathan Kellerman's Alex Delaware series, except for the most recent installment, Evidence, published in October:

I made some progress with The No. 1 Ladies' Detective Agency
by Alexander McCall Smith, making my way through the sixth book in the series (which currently stands at ten installments):

I also read two more of the Thursday Next books by Jasper Fforde:

And I read one more of James Patterson's Alex Cross mysteries:

Posted by alisonwonderland at 6:42 PM