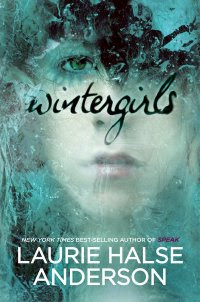 Released on March 19, the same day as the tenth anniversary of her best-selling Speak, Laurie Halse Anderson's Wintergirls is another powerful look at the difficult social issues confronting teen girls today.

Check out the Wintergirls website, which includes, among other things, resources about eating disorders and a playlist. (By the way, Sarah MacLachan's "Good Enough" and Evanescence's "My Immortal" and "Bring Me to Life" - all personal favorites of mine - are on that list.) Wintergirls also has a Facebook page.

Posted by alisonwonderland at 4:16 PM