Return to Exile by E.J. Patten 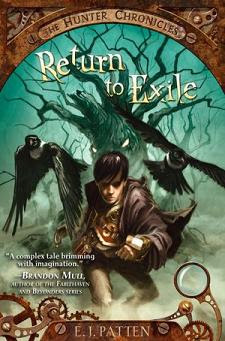 As a participant in the
Return to Exile blog tour,
I received a copy of the book
from the publisher.
Thanks, Simon & Schuster!
First sentence: Phineas T. Pimiscule was not what you'd call an "attractive" man.

Plot summary (from the Library of Congress Cataloging-in-Publication Data): On the eve of his twelfth birthday, Sky, who has studied traps, puzzles, science, and the secret lore of the Hunters of Legend, realizes his destiny as a monster hunter.

Why I read this book: When I heard about the "spring re-launch" blog tour of this Fall 2011 publication - written by a Utah author and in my 13-year-old son's favorite genre - I knew I wanted to be part of the fun. I love to support local authors, both in person and on this blog. (Another local author's debut novel will be featured here soon!) Besides, I figured I could coerce my son into writing a review for the post.

What I thought: Return to Exile - while seeming to borrow a few concepts from Harry Potter - is immensely imaginative. There was one strange character who I had a hard time getting my head around - but for the most part I loved the creativity of Patten's world-building. One creature I particularly enjoyed was the giant Gnomon mother Rauschlot. I also appreciated that although the book is likely to be viewed as a "boy book" (a gender-biased concept I despise), the leader of the young monster hunters is female and the main character Sky has a sister who adds some comic relief. The plot of Return to Exile is quick-moving and compelling - which was crucial to my reading enjoyment given the exhaustion I've felt from my "day job" of late - but it is complicated and also quite intense and violent, which makes me think that the book is better for older kids than a "middle grade" label might imply. I look forward to the December release of the sequel The Legend Thief.

From the peanut gallery: A big fan of Brandon Mull, my 13-year-old son is probably the ideal audience for Return to Exile. As expected, he loved it! 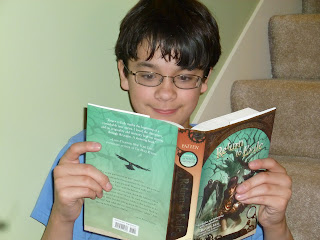 In his own words -


Return to Exile was a complicated, hypnotizing book that could not have been more creative. E.J. Patten has obviously spent time and effort on the book. At night, I often role-played in my mind how the rest of the book would turn out, later finding out the next part was so much more mysterious and exciting.

My favorite character is Hands, who was brave, nice, and always full of the adventure-craving spirit. He was always craving danger but was kind and fun to laugh at his and Andrew's lame jokes.

The best monster would be a Shadow Warg. It just sounds so cool, and it's really powerful. It brings a cool image to my mind. It reminds me of a character in a graphic novel I read - mysterious and dark.

My 16-year-old daughter has been very busy studying for her AP exams, so her "fun" reading is on hold. She's eager to read Return to Exile, though, especially because she and I got to meet the author back in March at Writing for Charity. 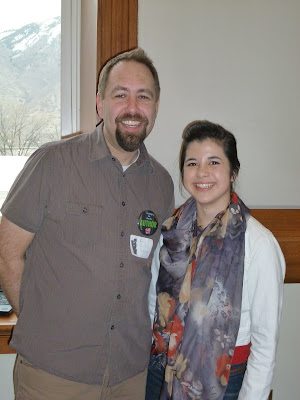 A note about the illustrations: Caldecott honoree John Rocco of the Percy Jackson series created the cover art and the pictures that start each chapter. I think they are awesome! 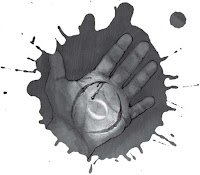 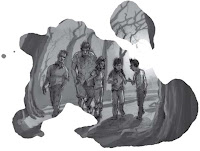 For more information: Visit E.J. Patten's blog "Patten Pending" here. Visit John Rocco's website here. The blog tour calendar is here, with links to all the participant's posts; I particularly enjoyed Suey's "Authors Pick Five", the passages quoted by Booklogged, and Diana's post, which asks the probing question, "What's up with the goulash?" (Be forewarned: Diana includes a couple of spoilers.)

To share in the joy of a good book: An autographed copy of Return to Exile is available for an interested reader! I will randomly select one lucky person from among those that leave a comment on this post by Friday, June 1. For an additional chance, "like" the book's Facebook page here (and let me know you did so in your comment).

Posted by alisonwonderland at 6:00 AM

alisonwonderland
Utah
I am Alison. I'm the mother of three adult children. I work with numbers, but I love words. I also love chocolate, Diet Coke, the ocean, and BYU Women's Basketball.